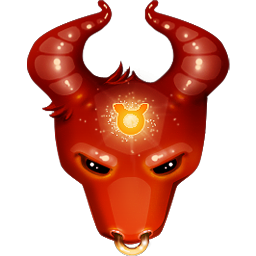 Also Known As: The Bull

The Taurus woman is generally strong of character, outwardly calm and gentle but has the capacity for a violent temper when pushed. Loyal and tolerant of others, she is a good judge of character and avoids those she dislikes rather than trying to change them. She is appreciative of both art and music, but it has to be honest and vivid in colour as the pretentious will just annoy her.

The Taurus man is quiet, practical, sensible and down to earth, being slow to act, deliberate and careful just reinforces this appearance. He is very good at forward planning and is willing to do without luxuries now to ensure that his finances are in good order for the future. The Taurus man is often a lover of sports and outdoor pursuits, being hardworking and a fan of honest competition.