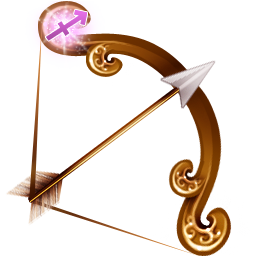 Also Known As: The Archer

The female Sagittarius can be outspoken and frank, but also manages to be charming with it. She tends towards optimism and sees the world through rose tinted glasses and can make those around think they are in a better position than they actually are. Independent and with a love of travelling, she can be strong willed and subject to occasional bouts of temper.

The Sagittarian male is one for fighting causes and playacting, it is likely that he will have one or other of these traits if not both. Idealistic and optimistic he thinks he can change the world and will of course be trying to do so. He is also imaginative and lucky, so that even when things are going badly there will almost invariably be a way out of the hole, though occasionally that hole will have been dug by his telling things the way they are rather than pandering to the feelings of those around.