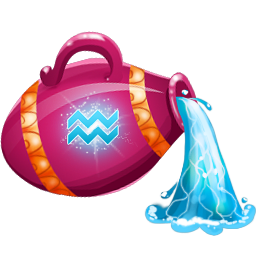 Also Known As: The Water Carrier

The Aquarian female is big on freedom to do her own thing and tends to have a myriad of interests often in completely unrelated fields. She does not actively seek fortune but looks at intellectual success as the principal measure of herself and others. Her traits include grace, quick wittedness and adaptability to all forms of society, though she may flaunt the accepted values of that society.

The male Aquarius is very good at teamwork and loves to be in a group, where he will be the champion of fair play. With very high ideals he is extremely unlikely to be selfish or petty about things and often shows peace and tranquility when all around is chaos. He has a tendency towards cleanliness and can let this and other phobias interfere with his daily life.