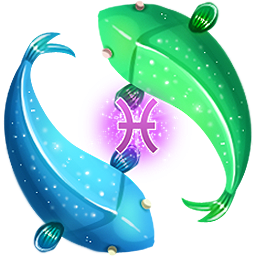 Also Known As: The Fish

The Pisces woman is feminine, soft and gentle, a good listener, but as with Pisces men not that great with money. Although occasionally, sarcastic and quarrelsome she can cope with most tough situations given the right support.

A Pisces man is often a gentle dreamer, who may miss an opportunity for wealth or fame because of his dreaming. Very tolerant of others and unusual behaviour, he is unlikely to condemn something without trying it first. A good listener, the Pisces man makes a great confident as he is likely as not tight-lipped about anything he is told, contrawise he is unlikely to tell much about himself either.

Finance is not a strong point for a Pisces man and the missing out on opportunities for wealth is compounded by an ability to not miss out on an opportunity to spend money frivolously.