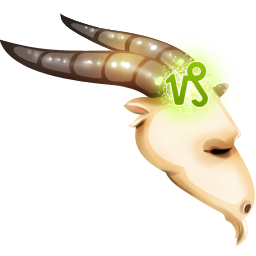 Also Known As: The Goat

The capricorn female looks for security, respect, authority and social status and will look to improve each of these in their daily life either through their own career or that of a partner. On the negative side they are subject to dark moods often lasting longer than for most people often triggered when things do not look good on the security front. Often cool on the outside she is likely to hide her true emotions from all but the chosen ones in her life.

The capricorn man tends to be shy but strong and a tough character, often being fiercely ambitious. The ambition tends to be a result of a desire for adulation and this is why you will sometimes see capricorn men in daredevil professions such as fighter pilots. His behaviour will often be that of someone older than himself when young, but as he grows older he will keep showing that he has not lost his youthful side.